Customers are offered with data in tiers rather than 1GB. However, in some countries, mobile data is as costly as $30. You should heed to the facts and figures if you intend to know What Does 1 GB Mobile Data Cost in Every Country? There are surprisingly more mobile connections than human beings. Even though mobile phones are getting cheaper and cheaper, the data cost seems to remain troubling for many customers.

In some countries, you can have mobile data at the lowest price, and in some, it would be rather a big decision to buy a data plan. Here are the details about Mobile Data cost in each country.Importance of Mobile Data for every Individual

Mobile phones have become a necessity in today’s age, where business transactions are conducted online. Mobile data takes the credit for sure. The faster the internet speed, the faster it is consumed. Despite the growing dominance of internet-based services and networks worldwide, the accessibility cost differs significantly from country-to-country. This is mainly due to the availing mobile data cost. 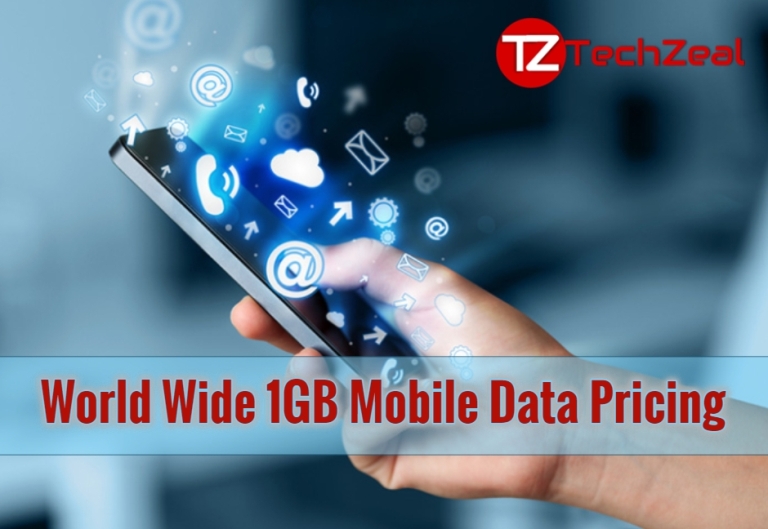 Data cost varies significantly in some countries, and here is a look at nations where you can avail mobile data at a surprisingly low cost. Besides, the average price of 1GB mobile data is $8.50 worldwide. In some regions, you are paying way less than that. In some nations, the same amount of data is as expensive as $140.

With smartphones bringing the worlds at your fingertips, the 5G technology has given rise to the emergence of new telecom companies forcing the old ones to shut down. Eventually, the prices for using network services have changed according to their usage. Some users depend on mobile internet service more than Voice data. The following are the countries where you can avail of mobile data at the lowest prices.

India tops the chart of countries where mobile data is available at lowest prices followed by Israel, Kyrgyzstan, Italy, and Ukraine. These countries contain excellent fibre broadband infrastructure as well as depend heavily on mobile data as the primary means to communicate to the rest of the world in terms of business and trade.

You may be surprised by seeing mobile data prices in some countries but there are strong and obvious reasons as to why mobile data is so expensive there.

These countries have a few things in common; they are islands, where extending fibre infrastructure or installing deep-sea fibre cables is either expensive or impossible. The other solution such as satellite uplink is also way expensive whose cost is passed to the end-user. Other factors that may contribute to higher prices of mobile data are the country’s economic slump, inadequate IT infrastructure, and inflation.

What Does 1GB Mobile Data Cost in Every Country?

Let’s take a look at countries other than the top 5 nations with the lowest data price and the ones highly expensive. Here are some brief details and a complete breakdown of 155 countries.

The average price of 1GB Data in Bermuda is $37.92, where downloading stuff will cost you more than you expect. Although Bermuda doesn’t lack IT infrastructure or related technological basics, the island is counted as one of the most countries in terms of mobile data prices. You have to spend $105 for unlimited calls, SMSs, and 2GB mobile data.

Greece is one of the most liked tourist destinations in eh world where the average cost of mobile data is $32.71 per GB. Greece is also one of the nations where the youth unemployment rate has gone past 40% already. There are a total of 3 mobile network service providers in Greece with internet consumption just as high as 40%.

Like other islands, Samoa is a cluster of small islands separated from other countries with an average cost of $30.09 per GB mobile data. The islands’ population (200,000) may be the reason why Samoa has higher cost of mobile data. There are only two telecom companies that operate in Samoa which also suffices the fact why they charge you so much. A 4GB Digicel Post-paid plan in Samoa comes with $250 including unlimited calling, SMS, and some complementary bonus.

Tokelau is a tiny island in the South Pacific with a population of just 1500 and the world’s smallest economy. With a GDP of $10 Million, this country also relies on natural sources of energy. The average price of 1GB mobile data is $29.96, where the government controls the telecom services across the island.  But the problem is, data cost is still considerably high for a limited number of users.

Nauru is also a small island where Government has banned some website for user-protection. If you are a local, you must be familiar with some restrictions. You’ll have to pay $28.13 to avail 1GB of internet data, which is also quite unthinkable.

The following data represents data prices per GB for 155 countries. The tabular data below displays data prices in ascending order.

Be careful and be aware of the mobile data costs when you decide to plan a vacation on an island or any expensive country. Perhaps some countries are outstanding in the hospitality and tourism sector and look at the mobile data prices before you take your pick. Connectivity is crucial for everyone in the age; let’s not overlook that logging into your Facebook or email might cost you more than you imagined.

All in all, mobile data cost around the world go like a roller-coaster ride. We certainly can expect some betterment and technological enhancements in the forthcoming years.